Gerald Berger knew Hurricane Matthew was packing a punch when he saw crews removing coconuts from the trees outside The Waterford in Juno Beach, Florida.

“In hurricanes, those coconuts are like cannon balls,” Berger says.

The tree trimming and coconut removal were just part of The Waterford’s extensive preparations for Matthew as the storm approached the Florida coast. One of five Lifespace campuses in Florida, The Waterford has more than 300 residents and sits less than two miles from the ocean. Long before hurricane season, The Waterford and its sister communities had prepared for the worst.

Once a hurricane watch was issued for the area, Executive Director Scott Nield called a meeting of all the residents to brief them on the emergency plans.

Waterford residents would not have to fend for themselves as the Category 4 storm approached. One of the benefits of living in the community is safety in emergencies like hurricanes, including meticulous storm preparations in all the apartments, backup power generators and a full staff of team members on duty around the clock to take care of residents.

Likewise, residents of the other Lifespace campuses in Florida — Abbey Delray, Abbey Delray South, Harbour’s Edge and Village on the Green — made it through the storm safe and sound.

Team members, like Lashonda Butler who spent the night at Village on the Green with her children, took extra steps to ensure the safety of the residents. At Harbour’s Edge, Allison Shevlin, life enrichment and engagement lead, brought her two Shih Tzu dogs, Mopsey and Georgia, to stay with her at the health center. They all slept on an air mattress.

“My dogs are very calm and docile,” Shevlin says. “They had a good calming effect on the residents and team members here.”

If evacuation became necessary, Lifespace had a contract to house residents at PGA National Resort & Spa in nearby Palm Beach and transportation would be provided. Communities considered all residents in their preparation, even those with specific needs. “Provisions were made for people with pets,” says Berger, who lives in a fourth-floor apartment at The Waterford.

The next day, Oct. 5, residents living in ground-floor apartments were evacuated by bus to PGA National, but some on the upper floors, including Berger, chose to ride out the storm at The Waterford, where the walls are concrete and the windows have hurricane-proof glass.

Those residents who chose to stay behind in their own apartments were constantly monitored by team members throughout the night. Team members knocked on the doors of all the residents who stayed, asking them to leave their doors ajar so that they could check in on them during the night.

At The Waterford, executive director Nield personally checked on Berger, knowing that he has sleep apnea and wears an electric-powered CPAP machine at night. 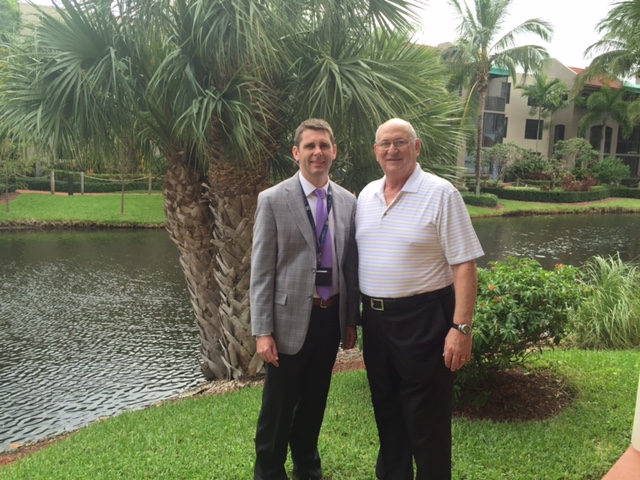 “There was a knock on the door and it was Scott, the executive director,” Berger says. “He ran up four flights of stairs and told me that if I wanted to change my mind and evacuate, there was still room on the bus, but I had to make a decision now.”

The power flickered for only a few seconds but then returned, and The Waterford did not receive a direct hit from Matthew. Regular lunch and dinner schedules resumed the next day.

Berger was extremely impressed with The Waterford’s excellent preparations for the storm, particularly the fact that team members worked throughout the night to ensure the safety of residents instead of staying with their own families at home.

“I have a Ph.D. in public administration,” says Berger, a retired elections supervisor in Suffolk County, New York. “I watched Scott Nield and I was extremely impressed with his demeanor and his acumen.”

Team members had their instructions and knew exactly what their jobs were, Berger says.

“It was so smooth, you would not even have known there was a hurricane going on,” he says. 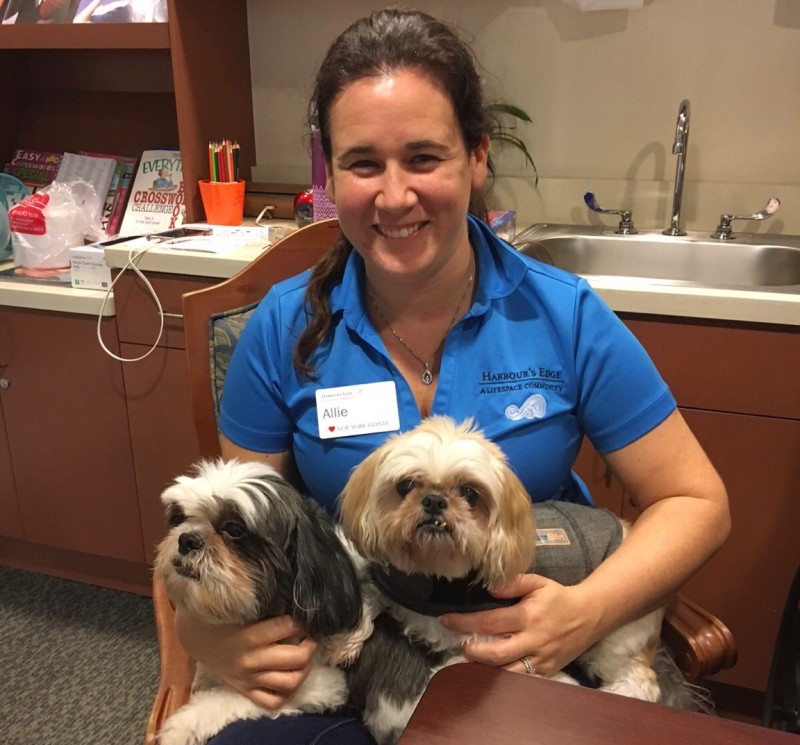