Haffner served in the U.S. Navy in the Pacific during World War II. His cousin, who served on the USS Arizona, was killed when the ship was sunk during the attack on Pearl Harbor and is entombed in the underwater wreckage, along with more than 900 other sailors and Marines who died in the attack.

After returning to Oak Trace, Haffner launched plans for the memory wall.

“There were quite a few veterans here and no way to recognize them,” Haffner says. “So I conceived the idea for a wall, designed it and built it.”

The wall, which Haffner built in the wood shop at Oak Trace, is on display in the community’s dining room. It contains 145 names of Oak Trace veterans.

A committee of six fellow Oak Trace residents helped Haffner track down the names of the veterans. They started their research with an Oak Trace inhouse telephone directory, calling every resident.

“Everybody was contacted at least twice to make sure we didn’t miss anybody,” Haffner says. “I thought I had about 80 veterans and I ended up with 145.”

The names of deceased veterans are listed under the heading “Gone But Not Forgotten,” and the living vets under the title “Not Gone Or Forgotten.”

Veterans “signed a blank check, made payable to the United States of America for an amount up to and including life itself,” says an inscription on the wall.

Throughout its communities, Lifespace Communities will honor and remember the service of its residents and team members this Veterans Day.

Wayne Boysen, a resident of Friendship Village of Bloomington, Minnesota, was drafted into the Army at age 19 in 1951 during the Korean War. He soon found himself on the front lines.

“The night before I got there, the North Koreans killed American soldiers who were sleeping in their tents,” Boysen says. “It was January and we had oil burners in the tents. It was so cold, the oil froze, and so we didn’t have any heat. I slept by the door with my rifle lying next to me.” 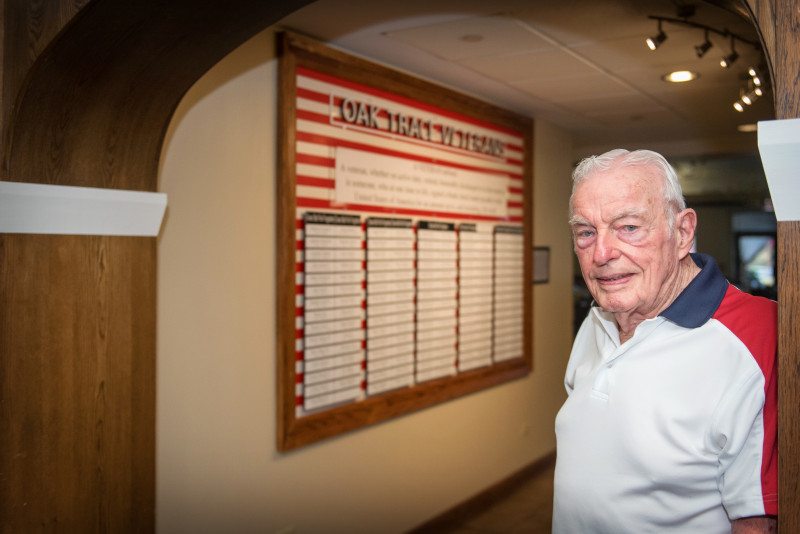 Boysen spent Christmas night in Korea on guard duty. The temperature was 20 below zero.

“I was just a farm boy from Iowa and it really made a man out of me,” Boysen says.

His service gave Boysen a deeper appreciation of the United States and the freedom it provides its citizens.

“We’re the greatest country in the world,” Boysen says.

The veterans community at Lifespace includes team members as well as residents. As Rob Joubert was planning to retire from the Marine Corps last year, he received an offer to become director of group purchasing at Lifespace.

The Marine Corps taught him valuable lessons that he will apply in his new job, Joubert says.

“You go above and beyond, you don’t just maintain the status quo,” Joubert says. “You do your best, no matter what you are doing.”

In 20 years as a Marine, Joubert served in Iraq, helping to make sure the troops were always well supplied.

Lifespace celebrates veterans, Joubert says. He had been a team member for only two weeks when Lifespace hosted a surprise party with cake for him to celebrate his official retirement from the Marine Corps. Lifespace CEO Sloan Bentley was among those who attended.

“I was incredibly humbled,” Joubert says. “They do a lot to recognize veterans. I definitely feel valued and I appreciate the support.” 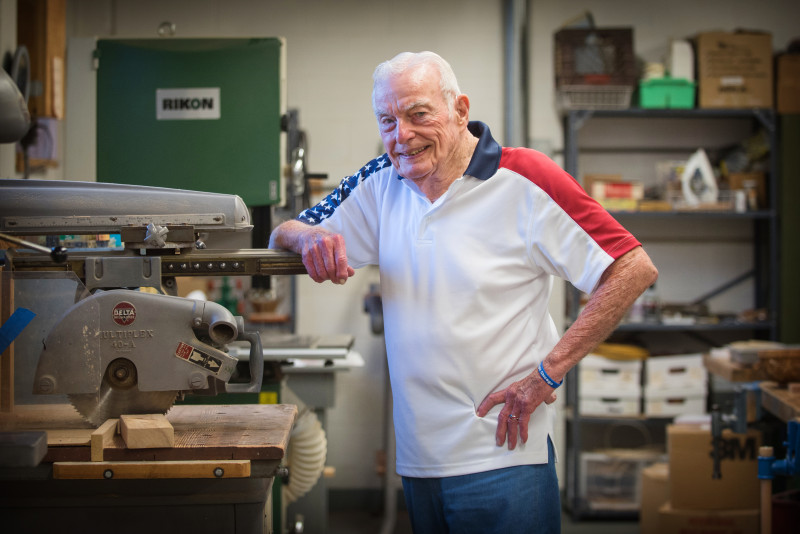