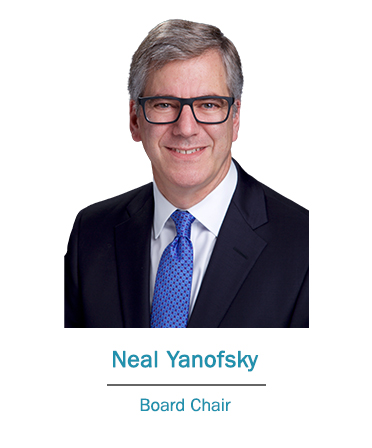 Neal Yanofsky, Dallas, Texas, was elected to the Lifespace Board of Directors in July 2016, and elected as Chair of the Board in 2021. Neal is a strategy consultant to CEOs in the retail, consumer services and restaurant industries, and to private equity and venture capital firms that invest in these businesses.

Neal holds an A.B. from Harvard College, a Master of Business Administration from Harvard Business School, and completed a post-graduate fellowship at London School of Economics. 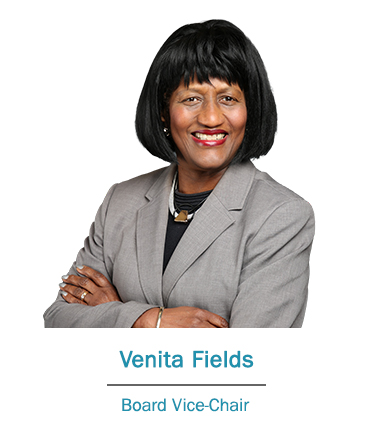 Venita Fields, Evanston, Illinois, joined the Lifespace Board of Directors in 2018. In her current role as a partner in Pelham S2K Managers, LLC, Venita manages equity investments in privately held middle market companies.

Prior to forming Pelham in 2016, Venita served as a partner and senior managing director of Smith Whiley & Company.

Venita brings more than 35 years of experience in the financial services industry. 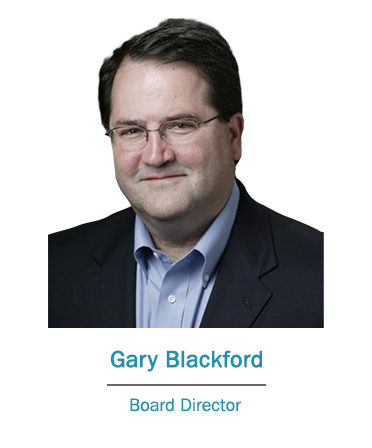 He formerly served as Chairman and CEO for Universal Hospital Services, Inc., where he transformed the organization from a regional medical technology rental company to a national leader in medical technology outsourcing and life cycle solutions.

Gary received a Bachelor of Business Administration degree in Accounting from the University of Iowa.

He also earned a Juris Doctor from Creighton University. 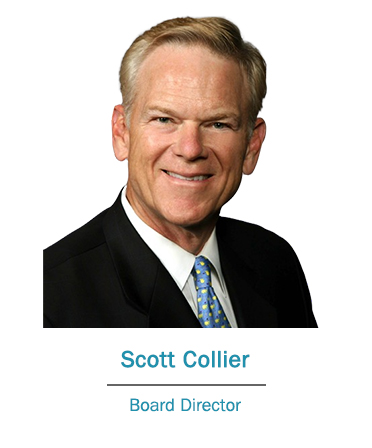 Scott Collier, Dallas, Texas, joined the Lifespace Board of Directors in June 2019 after serving for five years as Chairman and board member of Senior Quality Lifestyle Corporation, a six-member CCRC with over 2,500 residents. In January 2020, Mr. Collier retired as a Managing Director at JLL, an international corporate real estate advisory firm. He has received numerous awards with more than 35 years of experience advising corporations for their real estate needs.

Prior to JLL, he served as Senior Vice President of The Staubach Company, Marketing Representative for IBM, and an Artillery Officer in the U.S. Army.

Mr. Collier serves as a board and executive committee member for the Dallas Summer Musicals, and as a board member of the Pursuant Group, a fund-raising advisory firm for non-profit organizations.

Mr. Collier holds a Bachelor of Science in Engineering from the U.S. Military Academy at West Point and a M.B.A. from the University of Oklahoma. Mr. Collier resides in Dallas, Texas, and is married with two children and six grandchildren. 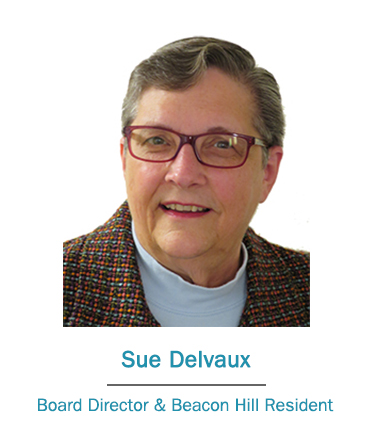 Susan J. Delvaux, Lombard, IL, was elected to the Lifespace Board of Directors in April 2021. Sue has been a resident of Beacon Hill, a Lifespace Community located in Lombard, IL, a suburb of Chicago, since 2016.

In addition, she has served and continues to serve on a number of councils in the private sector.

Sue holds a Bachelor of Arts and a Master of Arts degree from the University of Wisconsin-Milwaukee.

Ana Dutra, Vero Beach, Florida, was elected to the Lifespace Board of Directors in July 2016. Ana is the CEO of Mandala Global Advisors working with CEOs and Boards on corporate strategy and leadership development.

In 1994, Ana received a Master of Business Administration degree from Northwestern University – Kellogg School of Management. 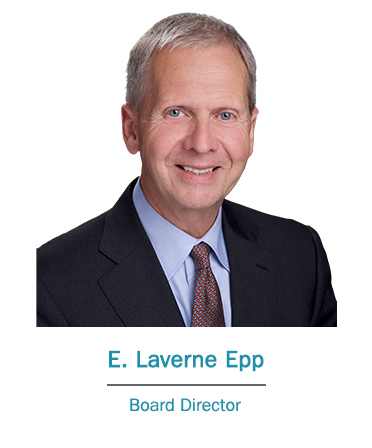 E. Laverne Epp, Lawrence, Kansas, joined the Lifespace Board of Directors in October 2009. Laverne has served as the executive chairman of the Bioscience & Technology Business Center at the University of Kansas since 2006. He was the founding principal and CEO of Retirement Management Company (RMC) in Lawrence, Kansas. RMC was founded in 1986 as a development and management company for senior living accommodations and services.

In 2001, Laverne was named president of Bethel College, North Newton, Kansas. He served in that position until late 2005.

In 1976, Laverne joined and helped form the law firm of Adrian and Epp, P.A., in Newton, Kansas. The firm operated out of multiple offices in several cities and provided legal services in areas of estate planning, aging services, probate, real estate, commercial and corporate transactions and banking.

Laverne received his undergraduate degree from Bethel College, North Newton, Kansas, in 1972, and received his Doctor of Jurisprudence from the College of Law, University of Nebraska, in 1976. 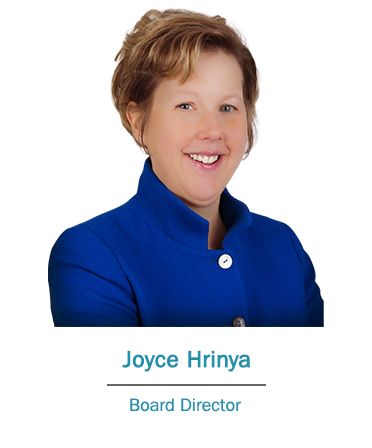 Joyce Hrinya, Kansas City, Missouri, joined Lifespace Board of Directors in December 2017. Joyce is a founding and managing partner of A&R Strategy Partners, where she provides strategic expertise to consumer CEOs to drive profitable revenue growth.

Prior to A&R Strategy Partners, Joyce held many roles, most recently as a managing director and operating partner of Z Capital Partners, LLC.

Joyce received a Bachelor of Science degree from Pennsylvania State University and a Master of Business Administration degree from Harvard Business School. 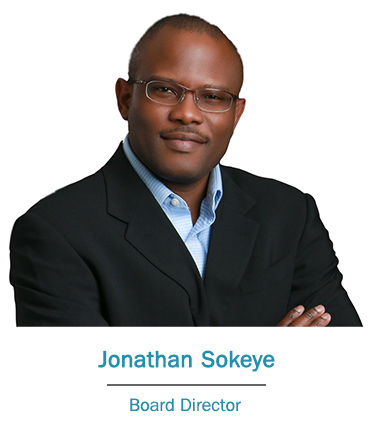 Jonathan Sokeye, Charlotte, North Carolina, joined the Lifespace Board of Directors in 2022. Jonathan has more than 23 years of health care industry experience. As Chief Financial Officer for Caroline Complete Health, Inc., Jonathan provides leadership and oversight of all aspects of finance and analytics for a new Managed Care Health Plan start-up in the state of North Carolina.

Prior to that, he also served as Vice President of Finance for Option Health and Humana. He was also Chief Financial Officer at Walgreens Infusion Services.

Jonathan earned a Bachelor of Science degree with a focus in Accounting from Northeastern Illinois University. He also earned a Master of Business Administration with specializations in Finance and Entrepreneurship from the University of Illinois.

He is a Certified Public Accountant and a Chartered Global Management Accountant. 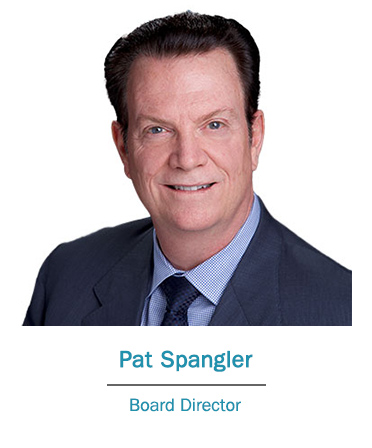 Pat Spangler, Golden Valley, Minnesota, joined the Lifespace Board of Directors in July 2016. Currently, Pat serves as chief financial officer of On Target Laboratories, a biotechnology company that has developed fluorescent markers to target and illuminate cancer during surgery. Pat brings more than 32 years of experience in the health care industry, executing domestic and international growth and exit strategies. 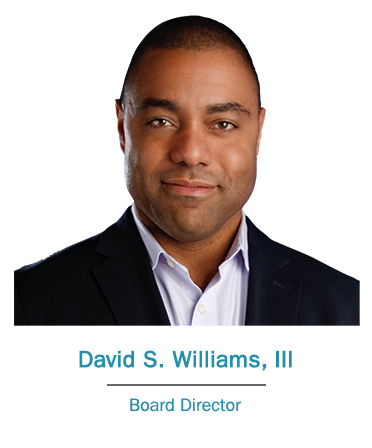 David Williams, Los Angeles, California, joined the Lifespace Board of Directors in 2022. As Co-Founder and CEO of Care3, Inc., David leads the development of a next generation health information platform for consumers of color to manage family health information and for health enterprise customers to reduce health disparities using real-world data to drive relevant interactions and timely interventions.

Prior to forming Care3 in 2015, David co-founded and led InvolveCare (A Healthagen Business), and PatientsLikeMe, Inc. He also served Eli Lilly and Company in global strategy, marketing, and sales.

David received a Bachelor of Science degree with a focus in Economics from The Wharton School of the University of Pennsylvania, and a Master of Business Administration with a focus on digital strategy and corporate governance from the UCLA Anderson School of Management.